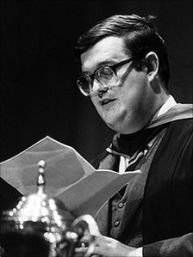 Derek Slade, from Burton-on-Trent, Staffordshire, was found guilty, aged 61 years, of more than 50 sex assaults and beatings, as well as possession of 4,000 indecent images of children. He was sentenced to 21 years imprisonment.While working at a school in Swaziland, he used the pseudonym Edward Marsh – an identity he had falsely acquired using the birth certificate of an eight-year-old boy buried at a Derbyshire cemetery. He set up charities in Africa and India. He died in prison just 6 years into his sentence in 2016. It is not known whether or not he worked in London using his alias Edward Marsh.

Derek Slade was the subject of a Roger Cook BBC documentary Abuse of Trust   in August 2011.

On 7.11.86 this article cites Derek Sawyer as explaining that Derek Slade was a well liked teacher and a friend from schooldays who believed corporal punishment was an effective discipline.