PAEDOPHILES, pimps and drug pushers preyed upon young people in Islington children’s homes, a damning report states today. Child sex abusers were able openly to telephone and recruit from the borough’s homes, “luring” boys and girls with offers of drugs, alcohol and money from under the noses of those entrusted to care for them. Children absconded and regularly stayed away overnight. Pimps were able to leave messages and money. Staff often had no idea of the whereabouts of children.

Fears that they were being abused were not properly investigated and the report reveals astonishing naivety by those caring for difficult inner-city children. Quite simply, they were able to run rings around care workers.
The report graphically highlights the plight of a 13-year-old boy who absconded 90 times and was feared to be involved in a paedophile ring. Yet it took the council 30 months to investigate his case, including holding meetings which no one attended. In the end nothing was done because “the trail had gone cold”.

The official report, which Islington council tried to keep secret, accuses its social work management of shocking negligence and bungling incompetence. It goes to the very heart of an Evening Standard investigation into scandalous child care practices in the borough. Central to the newspaper allegations was the claim that children were victims of paedophiles. This is now confirmed. A series of earlier reports have already endorsed accusations of management incompetence, an unworkable organisation and a dogma-ridden administration.

This latest independent report is highly critical of the council, particularly senior management. It also censures local police for their failure to investigate pimps targeting children’s homes and area police chiefs are now considering whether to take internal disciplinary action.

And even when staff expressed concern there was little evidence of “senior management activity” in dealing with the matter, says the report by independent social services expert Emlyn Cassam. But, most damaging of all to the Labour-run council, is the appalling lack of senior management response to fears that network sex abusers were exploiting children in its own homes. Mr Cassam’s report concentrates on the handling of just one of the many abuse cases the Standard highlighted although it has many parallels. The boy, referred to as “A”, arrived in care at the age of 13 from a disturbed family life having been beaten by his mother.

He was always going to be a difficult child to cope with. For this reason alone, Islington should have used all its skills and resources in attempting to rebuild his shattered life. Instead, he was further abused. Throughout his time at an Islington children’s home “A” regularly absconded, he played truant from school, his criminal activity increased and he used alcohol and drugs.
He told an agency worker at the home that he was seeing a “big, fat Jamaican”, aged about 50, who gave him money. “He lured boys and girls with bribes of money and dope. After a while he lined up punters to go with them.” He named that man as “George”. He said he had not done anything with the man “yet”, was scared of him and afraid of being hurt rectally.

This conversation should have raised sufficient alarms to spur the council into action. It didn’t.
The worker acted correctly in reporting the conversation to a senior. Girls in care were also overheard talking about a man called “fat Alan”, who was known to give money for sexual favours and leave messages for boy “A”. The man was now making direct contact with children in other homes.

The local police child protection team were informed and meetings between the council and officers were held. It became clear that George and Alan were probably the same man. From then on the inquiry dragged, even though there were by now young people from three different homes possibly involved and apparently more than one pimp. The Cassam report states that both police and council failed to instigate an overall strategy to investigate the evidence. In fact, there appears to have been a naive willingness not to investigate because boy “A” claimed he had ceased contact with “Fat Alan”.

Yet concerns over the welfare of boy “A” remained. He continued to abscond. A report at the time stated: “Roughly speaking he has been missing 90 times. He goes to see a man…who we think is a paedophile”.
THE Cassam report states that this was the first time that the plight of “A” he been reported to the local neighbourhood office of Islington social services. Not true. One of the Evening Standard’s informants Neville Mighty, a children’s home deputy, had reported the case of “A” a full year before to the then head of children’s homes Lyn Cusack. The council had no excuse for not acting at a senior level to investigate the case of “A”. It didn’t. Instead Neville Mighty, who had reported a pimp sleeping with a girl in care and 10 runaways from other Islington homes being introduced to child sex rings, was sacked. He claims this was in a bid to silence him.

Cusack, married to a senior police officer formerly in charge of Islington child protection officers, resigned from the council last November in the wake of the Standard allegations. Throughout 1992, meetings were held to review the case of boy “A” and in August the council’s child protection co-ordinator Sara Noakes remarked that she would consider a joint meeting with police “when enough information has been gathered”.

Finally police promised surveillance of suspects’ addresses but nothing happened. Pointedly Mr Cassam states in his report: “For six months staff in the neighbourhood services department believed that the police were pursuing enquires. They were not”. He adds that social services failure to chase up police “shows a surprising lack of urgency”. Instead memos were flying around requesting “a sharing of information” and a meeting was set up at which “nobody turned up or sent apologies – including the police”.

Meanwhile, pimps were still contacting children in care and one girl admitted she had “been with older men for money”. During this time a children’s home closed after a “riot” involving boy “A”. The disturbance was said to be over drugs and money.

Eventually, in February this year, 30 months after children’s homes head Lyn Cusack was first alerted to the fears over boy “A” and others, her deputy John Goldup, reported: “It appears that a man acting in an organised way, and possibly with others, ‘targeted’ children from at least one home”. Boy “A”, the victim of Islington’s indifference, is now in custody.

Mr Cassam concludes that children’s homes were “unable to control or modify” children’s behaviour; case files showed that senior staff didn’t have “any grip on events”; and “there was no evidence of senior man-agement activity in dealing with the allegations of organised abuse”. Mr Cassam praised new child protection procedures set up by Islington follow the Standard investigation and subsequent independent reports.

An Islington council spokesman denied that the Cassam report had been withheld to avoid bad publicity, stressing the decision had been made on grounds of confidentiality. “We acknowledge that things have gone wrong and are determined that, over time, we will build one of the best social services departments in the capital”.

A Metropolitan Police spokeswoman said that senior officers had received a copy of the Cassam report and noted its findings. As a result new recommendations are to be made to child protection teams. There are no plans to discipline officers. 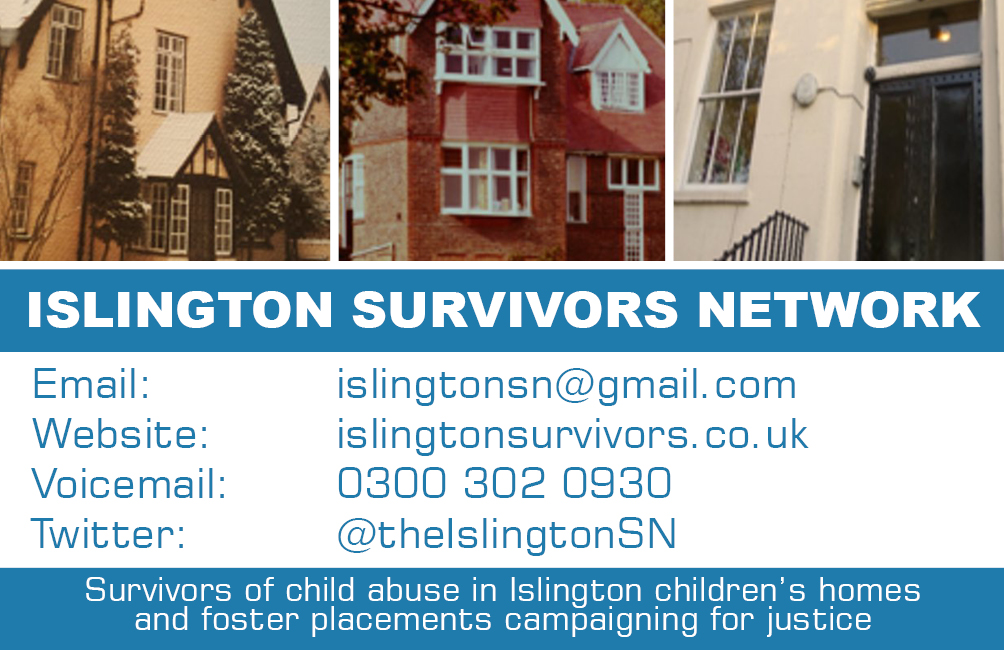